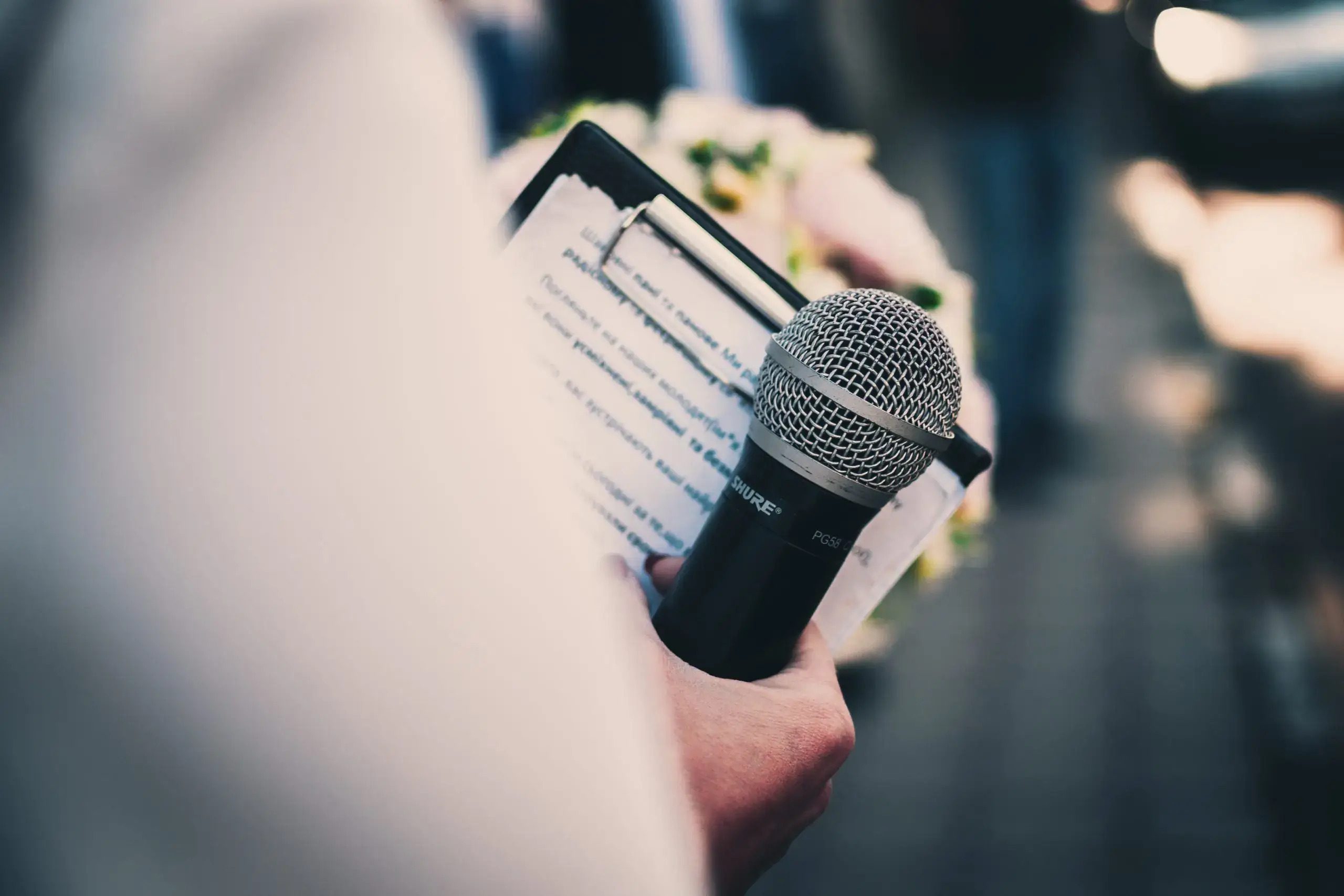 So once they land an opportunity, why do so many executives insist on opening their comments with a lame joke that draws a chorus of crickets? For communicators responsible for speechwriting, it’s best to leave the comedy to the comedians.

But don’t let it get your inner Seinfeld down. Jokes aside, there are several things communicators can do ahead of time to make sure corporate speeches resonate with the given audience and position the boss as a thought leader.

Tell me a story.
The essence of a memorable speech can be distilled into four words, “Tell me a story.” If you start a speech with mundane comments about the importance of innovation or your latest growth streak you may as well ask people in the audience to whip out their smart phone (or take a little snooze).

Better to kick things off with a story, say, a cherished visit you took with your family to the city hosting the conference or an interesting conversation you recently had with a supplier about oncoming changes in the marketplace or consumer demand.

Make the story relatable so people are more inclined to listen to the rest of the speech. Then transition to the topic at hand and larger business trends.

If you want to keep the audience’s attention, the contents of the speech need to be from an outside-in perspective, rather than inside-out. What’s keeping people in the audience up at night? Where is their pain most acute? What can you share with the audience that’ll provide insight not just from business point of view but a human one?

Corporate speeches aren’t meant to be a 45-minute infomercial for your brand, but a way to bond with like-minded individuals and spark new relationships.

It’s fine to drop a big-picture number or two into the speech. But if you cater the speech to statistics and/or new ways to measure success you risk losing those listeners who were attracted to your initial story.

That’s because folks are not necessarily interested in your top and bottom lines, but new ways of thinking about the market and how to sharpen their business operation. To keep people’s attention, use stats sparingly.

Make a little news.
Corporate speeches that spark the biggest buzz and generate the most mileage usually provide some news that’s relevant to the marketplace. In many cases, doing so could spell the difference between people walking out of the room with a spring in their step and peppering each other with questions about the news they’ve just heard or ambling out the room like the walking dead.

Make sure the information is actual news, not fluff. (Once it’s been announced, the company’s PR team needs to spring into gear and distribute the news to all the company’s stakeholders post-haste.) Within this context, communicators should notify the boss that she may be approached by members of the press who are covering the speech in person and may have some follow-up questions about said news.

Another way to leverage speaking engagements is to make sure the Q&A portion doesn’t go to waste. Even if they are just a few dozen attendees, people are often reluctant to approach the microphone planted in the middle of the room and grab the spotlight themselves.

To avoid an awkward transition, a senior communicator from the company should be situated in the front row and, after properly identifying himself, ask the boss an initial question to break the ice and spur other people in the room to ask questions.

It’s also through Q&A sessions that communicators learn what attendees liked (or not) about the speech and how to craft a sharper presentation for the next time around. This way, you make the boss more marketable as a speaker and at the same time boost the value of PR and communications.

This article originally published on CommPro