Cecil the Lion and Your Brand 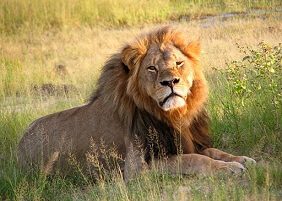 Over the past week and a half, the death of Cecil the lion has been creating something of a media firestorm. A favorite of tourists on safari in Zimbabwe, Cecil was killed for sport on July 1. Conservationists have known about Cecil’s death since it happened thanks to his GPS collar, but it’s only recently made headlines. And while his death raises important issues for conservation, animal welfare and related topics, it also highlights that the line between personal and professional lives is gone.

Since Cecil’s death first made the news, a dentist from Minnesota has claimed responsibility for shooting the lion and people – especially his patients – have been shocked and outraged. While he has been an avid trophy hunter for years, his patients had no idea until pictures of him and big game surfaced on the internet in droves within hours taking blame for Cecil’s death. He had, until now, kept his participation in hunting separate from his professional life as much as possible due to its controversial nature. However, in the less than two weeks since he admitted to illegally poaching Cecil, he has had to close his well-reviewed private practice in Minnesota, long-time patients have claimed to feel distrust and betrayal, Zimbabwe has called for his extradition, and he has gone into hiding.

It used to be only that only top-tier influencers — politicians, CEOs and celebrities — had to keep in mind their “personal brand.” But it’s increasingly become something of which everybody needs be aware. Things have quickly moved from the choices of movie stars and athletes affecting box office and jersey sales, to the average Joe being excoriated on a global scale.

There is officially no longer a way to ensure that the personal and professional remain 100% separate. Social media and the continuous conversation it provides has seen to that.  Whether it’s an NBA owner making racist remarks, a teenager tweeting about a new job, or a dentist on vacation, there are countless examples. With 24/7 access into each other’s lives, everything we do affects others’ perceptions of us, and people must consider how their choices outside of work — the personal brand they create — will affect their professional lives.