Through the PR Lens Solving Crises by Addressing Them Head On 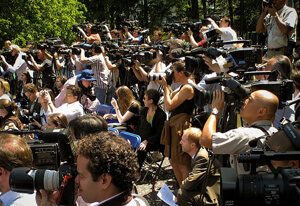 Sometimes, what is intended as a customer relations problem can quickly and without notice become a PR crisis. The New York Police Department recently had such an experience, but they also had the wherewithal to recognize the situation and react quickly.

Last week, the NYPD launched a campaign to generate positive buzz with the New York community. Using social media, they asked people to post pictures of themselves with officers using the hashtag #myNYPD. Unfortunately, people sent in photos of arrests and riots instead. The topic quickly became a worldwide trend. (Cue the PR crisis music.)

To the NYPD’s credit, they not only recognized the crisis but refused to remove the tweets, stating they want to be transparent with the New York community. They also acknowledged they campaign was not fully thought out but they will continue to move forward with social media as a way to communicate more openly with people.

View all customer relations problems through a PR crisis lens. More specifically, think about whether the issue can expand into a bigger problem due to social media exposure.

Don’t ignore the problem. Acknowledge it quickly and take responsibility.

Remember, it’s highly likely you’ll be judged more on how you handle the problem vs. the problem itself.