Are News Consumers Boarding the ‘Flight to Quality’? 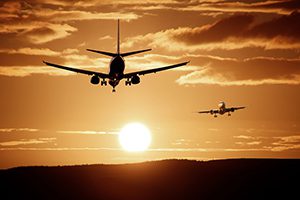 It wasn’t that long ago that legacy media brands were written off as anachronisms that couldn’t hack the digital transition.

But in the last few years traditional media outlets, such as The New York Times and The Wall Street Journal, have come back with a vengeance through—you guessed it—a surge in digital subscriptions.

Is this proof positive that in the age of “fake news,” there is a growing flight to quality news outlets?

It sure seems that way.

As corporate communications executives and their agencies handicap the media landscape—and look to maximize their messaging—they need to rethink whether it’s wise to prioritize digital native sites whose hype hasn’t exactly lived up to the reality.

For years, the narrative surrounding millennial news consumers was that they wouldn’t dare pay for online content.

But it turns out millennials are cool with paid content.

Bots and ad blockers are having an increasingly deleterious effect on social media platforms and web sites.

So despite the constant chorus about living in a 280-character world, more smart money seems to be betting on legacy media brands whose audiences consist of a pretty good share of C-level execs and decision-makers.

Sure, print newspapers may not be long for this life. But establishment media brands which made their fortunes in print are showing real progress in monetizing their digital assets and are investing with the intention to be viable well into the future.