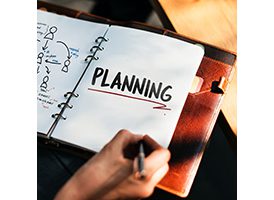 The arrest of Nissan Chairman Carlos Ghosn late last year on allegations of understating his income and misusing Nissan’s assets is a wake-up call for communications pros who fail to appreciate the importance of having an effective plan to handle sudden executive changes.

Ghosn’s arrest and subsequent ouster has not only disrupted Nissan but also caused a leadership void in the Renault–Nissan–Mitsubishi Alliance because Ghosn reportedly held enormous sway with the business triumvirate.

When corporate reputations ride on one individual or a small group of senior executives and a key person gets into hot water—legal and/or otherwise—the company’s reputation could take a severe hit.

It’s one thing when a current occupant of the C-suite announces that he or she plans to exit in 6-to-12 months and the company has ample time to choose his or her successor and manage what should be a smooth transition (at least on paper).

But, as is in the case of Nissan and so many other companies where senior executives departed following allegations of wrongdoing or under-performance, there is an immediate perception of a leadership vacuum, which stakeholders abhor. And the longer there’s a vacancy in the C-suite the greater the odds the media will control the narrative, most likely resulting in a spate of stories questioning the company’s future prospects.

While sudden departures from the C-suite ipso facto are unavoidable, there are several steps communicators can take to minimize disruption to the business. By embracing the known unknown—and having a living, breathing communications plan—companies are able to nip reputational damage in the bud.

When you fail to do communications planning around these potential events, you put the organization at a serious disadvantage vis-à-vis competitors. Things are even more challenging in a post-digital age because of the speed with which information moves, the “video witness” reality, and the very real potential that misinformation bubbles up before the real facts are known.

The pace of change and shifting responsibilities in most organizations makes the strongest argument for communications planning around management changes—and for updating your plan and approach consistently. A quarterly brush up on roles and responsibilities is vastly preferable to “we’ll plan something next year.”

The challenge for PR executives is how to strategically communicate the news to disparate audiences while making the best use of multiple media channels.

Communicators need to start by building a concise, credible set of messages that address the foremost concerns regarding the management transition and help them look forward to your stronger future. Ideally, these messages will connect to crisis management issues to ensure a logical progression

Employee communications and engagement is the first line of defense in many of these situations. Employees are getting calls, emails and texts and having social media interactions with customers, partners, reporters and friends as these situations unfold. How are they responding?

Make sure your employees—in particular the influencers in each department and location—have the information and perspective they need to be helpful, not hurtful, concerning a leadership transition. Several companies we have advised in crisis environments have arranged daily calls and/or eBlast updates with key employees so they were equipped to deal with queries from key stakeholders.

The media, which will clamor for explanations and back stories following a change in the C-suite, require a different messaging strategy, of course.

For starters, you need to deploy all your social media channels to monitor and manage the reaction to the change. Social media creates a unique challenge and opportunity, but resisting it is a perilous mistake. Align and control your message and be prepared for what critics and advocates will say.

Another way communications executives can mitigate blow back resulting from a sudden departure in the C-suite is to reach out and engage third-parties who can help insert a more balanced perspective into the discussion. The outreach may include specific subject matter experts from universities or think tanks, and knowledgeable bloggers with a legitimate following.

PR pros will do well in crisis situations to reach out to these third-party experts to brief them, maintain an open dialogue about the developments, and help them look smart and informed in their commentary.

While working to mitigate negative attention, when the time is right you should also be filling the pipeline with a consistent and positive flow of communications to your key audiences.

Think about news you can get out, even if not earthshaking. Identify and develop different pitch topics that can be used to pursue coverage that prominently features the company and its other executives. This might include category, trend and feature stories. Another key element post-announcement is distributing thought leadership content and insights via appropriate media outlets to reframe the company dialogue.

You can’t rest unless you’re confident that the company has mitigated any damage from a changing of the guard. Post-announcement, step up regular internal updates, town hall meetings and video interactions.

No organization is immune from sudden senior executive departures. But when planning is top of mind—and companies take pains to create a robust media and messaging strategy to support this effort—a sudden departure can be effectively managed to avoid the sense of chaos that accompanies a bona fide crisis.