Standing Out From the Crowd 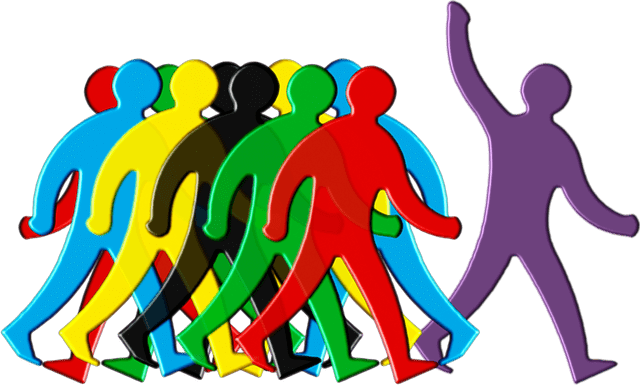 A good way to improve your thought leadership visibility is to frame your arguments from a contrarian or unexpected perspective. Rather than competing with 50 people saying the same things about a given trend, finding a counterintuitive stance will draw better engagement from the people you’re trying to reach. Here are three tips to help your voice stand out from the crowd.

FIND AN UNTOLD ANGLE
Global news events like Brexit tend to get written about from a macro perspective. Rather than engaging in a broad discussion about the entirety of an issue, stake out a narrow viewpoint on a particular facet of the topic. For example, discuss what a British departure from the EU will mean for pension funds with assets on either side of the channel, and be the leading voice on that one segment of the conversation.

WRITE ABOUT UNINTENDED CONSEQUENCES
When looking at a contentious topic, rather than arguing whether a situation is good or bad and risking a polarized response from readers, write about a specific effect an issue has had on its industry. For example, a court decided last month that CLOs are exempt from Dodd-Frank risk retention rules. Whether you agree with the loosening those restrictions or not, you can rise above the debate by writing about a side effect of the regulation, rather than the regulation itself. Draft a thought leadership piece discussing how risk retention rules forced the asset class to engage with a broader set of new investors. Writing about a narrow consequence will help make your opinion be memorable and differentiated, without incurring the wrath of your readers.

START WITH A HYPOTHETICAL
Most thought leadership pieces lead with a statement the author agrees with, and then use evidence to confirm that thesis. Mix it up – start with a suggestion with which you largely disagree, and then debunk it over the course of your article. Take the latest trade debate on imposing trade tariffs, for example. If you are pro-free trade, frame your argument by taking into consideration the ways in which a protectionist policy would be beneficial, and then explain how those positive attributes would be outweighed by the downsides. Taking a counterintuitive perspective will help you stand out in understanding all sides of an issue, while still allowing you to argue your perspective.

The key to establishing yourself as a thought leader lies in saying something new or different, even if you have a relatively mainstream perspective on an issue. By approaching an issue from a fresh vantage point, sidestepping a debate’s sensitivities while still voicing a noteworthy opinion, or using a counterintuitive stance to advance your position, you’ll find you’re able to draw attention to your unique expertise, even about the most broadly discussed topics of the day.