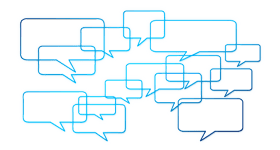 Influencer marketing continues to increase its appeal. But as this communications vehicle gains prominence, the onus is on PR pros to determine how best to engage the people and organizations who can be very influential supporters as well as persuasive detractors.

Influencer marketing is about engaging effectively with people who can sway markets and influence buying behavior. These influencers may be bloggers, industry analysts, executives turned consultants, conference speakers or academics. In most cases, they are free agents with a passion for influencing the conversation and the decision-making process.

According to an Association of National Advertisers (ANA) study released earlier this year, 75 percent of their members currently employ influencer marketing and almost half (43 percent) are planning to increase their spending on it in the next 12 months. The study also found that among those executives not currently using influencer marketing, 27 percent indicate they plan to do so within the next 12 months.

Brands engage with and hire influencers who have audience followings ranging from as few as 50 followers to 100,000-plus, the ANA study said. This confirms that influencers cut a pretty wide swath across the marketplace of ideas.

Nearly two-thirds of brands (62 percent) compensate influencers monetarily, while more than one-third of companies (35 percent) provide free product in exchange for influencer services, the ANA study said. For many influencers, working with brands and organizations is their primary source of income.

Due diligence is vital because many influencers take a warts-and-all approach in writing and speaking about brand proposition, corporate culture and product innovation.

Unlike pitching reporters and editors working at traditional media outlets, influencer marketing is treated by the Federal Trade Commission as a form of paid endorsement. In fact, the agency has established requirements for disclosure on the part of endorsers (influencers).

In an increasingly fragmented media environment, B-to-B audiences and buyers rely on influencers to educate and inform them about corporate and brand reputations and how your products and services stack up against competitors.

One of the most effective ways to cultivate relationships with influencers is to collaborate in producing authentic, thoughtful content that appeals to your target market and bolsters the value of PR in the eyes of the C-suite.

Communications professionals should view influencer marketing as a linchpin for multiple types of messaging and the engine for an effective “publish once, distribute many” model.

For instance, you can work with influencers to help develop an earned media story that can be repurposed into blog posts, white papers, events, executive speeches and presentations and video content.

Social media platforms continue to be the go-tos for many influencers. According to the ANA survey, Facebook (86 percent) and Instagram (84 percent) were the overall top social media channels for influencer marketing, with Instagram ranking as the single most important channel (36 percent) followed by Facebook (20 percent).

However, influencer marketing is not about the marketing channel per se. It’s about the ability of influencers to create genuine conversations with specific audiences that can be leveraged across communications platforms.

The strategy applies to both online and offline venues. PR professionals can piggyback on positive messages influencers post on their social channels. But communicators also need to consider how to take these relationships offline and craft ways for influencers to press the flesh, including networking events, conferences and more.

You can arrange for influencers to meet with a company’s top sales-and-marketing teams so they can get a better idea from influencers about what makes customers tick and the most effective ways to communicate with them. Influencers are often valuable additions to webinars and/or podcasts catering to customers and prospects.

BEST OF BOTH WORLDS

In both cases, of course, careful diligence is paramount. In stark contrast to reporters, many of whom are trained to be decidedly neutral about the people and companies they report on, some popular influencers attract new audiences by taking an adversarial stance because they don’t like how a brand behaves. PR professionals shouldn’t be cowed by influencers who seem unmovable. Rather, we can take a diplomatic approach to building a dialogue that can pay real dividends for brands and companies over time.

Mechanics aside, building relationships and telling compelling stories are at the heart of effective influencer marketing. This increasingly effective tool helps showcase the value of multi-channel communication in a fragmented world.

This article originally published on odwyerpr.com