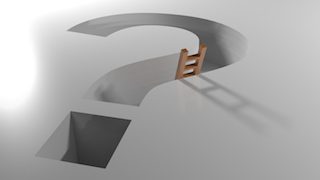 How a company responds in the immediate aftermath of a crisis will determine the extent of the damage and how long it takes for the organization to recover. That’s why the initial response to a crisis is so pivotal — and most likely decisive.

Here’s the rub: In most crisis scenarios, the organization and its spokespeople only understand — and have supporting facts to explain — roughly 60 percent of the situation. And that often doesn’t change in the first 24 hours.

How you manage the “40 Percent (i.e., unknown) Factor” will determine a lot about the way stakeholders assess the damage and whether what you hope is a one-day story morphs into an extended period of public and media scrutiny.

IDENTIFYING THE ENEMY IN A CRISIS
A key goal in understanding the “40 Percent Factor” is not to let the organization become its own worst enemy in a crisis situation. Bureaucratic infighting, the blame game and the “freeze frame” of incomplete information will almost always lead to slow, tone-deaf responses.

First, let’s take a positive scenario for crisis response. When a spokesperson demonstrates that he or she is a credible source, manages the media scrum effectively, and explains the organization’s strategic response, there’s a better shot at emerging from a crisis with the reputation intact — and perhaps enhanced.

Then there’s the dark side of crisis management. If the spokesperson is at a loss for information, inaccessible, and the company’s response seems inadequate to the crisis, overly driven by risk mitigation or ad hoc, then the incident will probably take a more severe and long-lasting toll.

Take the United Airlines debacle where a video showing a man being dragged out of his seat sparked a national firestorm. The airline insisted that the flight was overbooked and that it had no choice but to contact authorities when the man, a Kentucky doctor, refused to leave, reports said. But the reputational damage was done.

This clearly illustrates that the “40 Percent Factor” is even more challenging in a post-digital age because of the speed with which information moves, the “video witness” reality, and the very real potential that misinformation bubbles up before the real facts are known.

UNDERSTANDING THE VULNERABILITIES
There are ways for senior PR executives to help mitigate the “40 Percent Factor,” namely consistent crisis-management planning and periodic training and drills.

Most companies we have worked with can clearly identify the top eight to 10 crisis vulnerabilities they face. This gives them comfort that they know their risks, and can answer questions from their insurers who are underwriting the risks. But in our experience, it also creates inertia around planning for effective responses to real-life situations.

The pace of change and shifting responsibilities in most organizations makes the strongest argument for preparation — and for updating your plan and approach regularly. Don’t make great the enemy of good in crisis planning; even an annual half-day brush-up via videoconference is vastly preferable to “we’ll plan something next year.”

EMPOWERING EMPLOYEES
When you consider the stakes, you need to pay more than lip service to the role that employees play during crises. You may presume they are on your organization’s side no matter what because they are team members who have a vested interest in seeing the company succeed.

But the reality can be quite different. They are getting calls, emails and texts, and having social media interactions with reporters, friends and customers, as crisis situations unfold. How are they responding?

Make sure your employees — in particular the influencers in each department and location — have the information and perspective they need to be helpful, not hurtful. Several companies we have worked with in crisis environments have arranged daily calls or e-blast updates with key employees so they were equipped to answer queries.

ENGAGING THIRD-PARTY INFLUENCERS
You will do well in crisis management to reach out and engage third-party experts early on to brief them, maintain an open dialogue, and help them look smart and informed in their reporting and commentary. This outreach may include TV pundits, specific subject matter experts from universities or think tanks, and knowledgeable bloggers with a robust following.

We have helped clients proactively identify and cultivate these third-party experts in their industries and around issues where they have crisis vulnerability, so there is an ongoing relationship and they are not starting from scratch when bad news hits.

Taking the path of least resistance makes your organization even more vulnerable to the “40 Percent Factor.” With a thoughtful and comprehensive approach, brands and organizations can gradually chip away at the unknowns and exert more control when they face the next crisis.

A version of this article originally posted on Strategies & Tactics